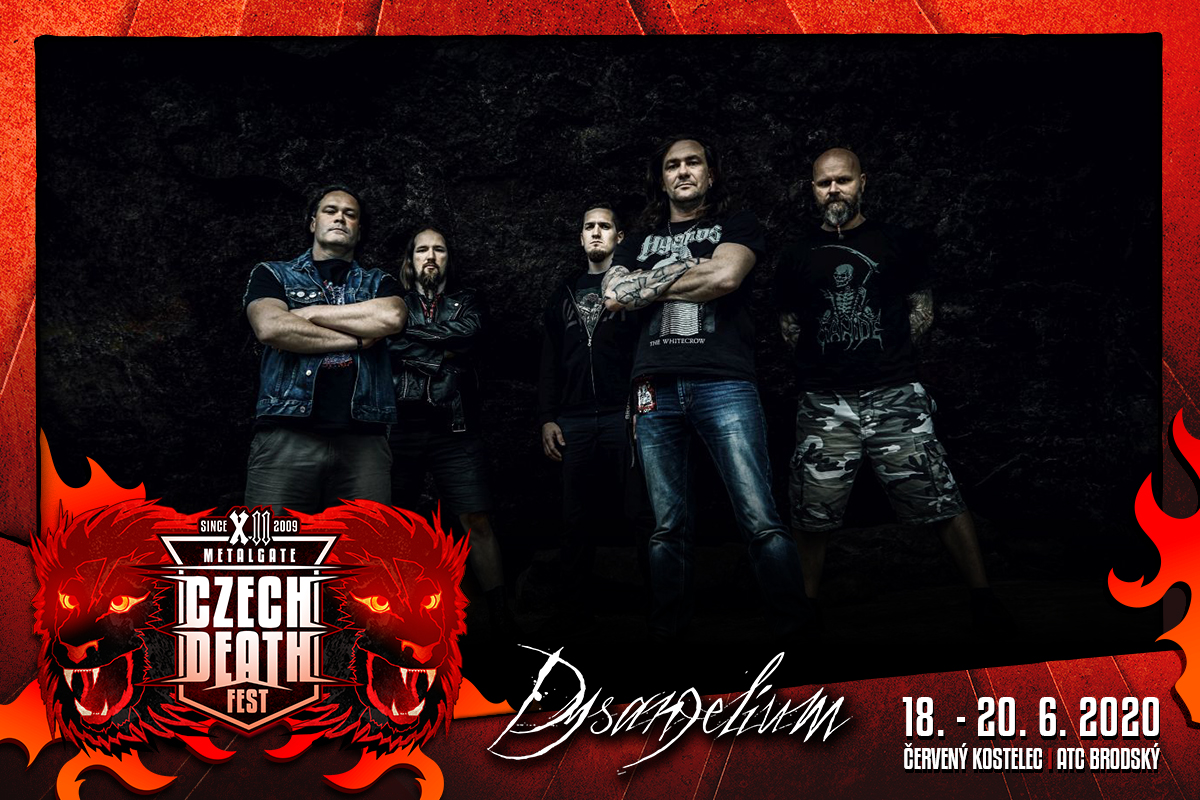 The death metal act DYSANGELIUM was formed in 2011, with founding members being Vihar and Ctibor, who were later joined by Nekro, Oťák and Dědek. This line-up stayed unchanged for almost six years, recorded such albums as “Maniachrist” (2012) and “Holykaust” (2014), played over 100 shows in Czech and foreign clubs, as well as went on several mini tours. The first changes came in 2016, and though they were not the last, the band is still very much alive, releasing their third full-length “Mohamord” in 2019. Over the years, DYSANGELIUM appeared alongside Krabathor, Grave or Malevolent Creation, as well as performed on Brutal Assault or Gothoom Open Air. In 2014, we had the pleasure of welcoming them to MGCDF, and now, after six years, they are returning. So, if your heart beats for solid death metal, this is the band to go to.