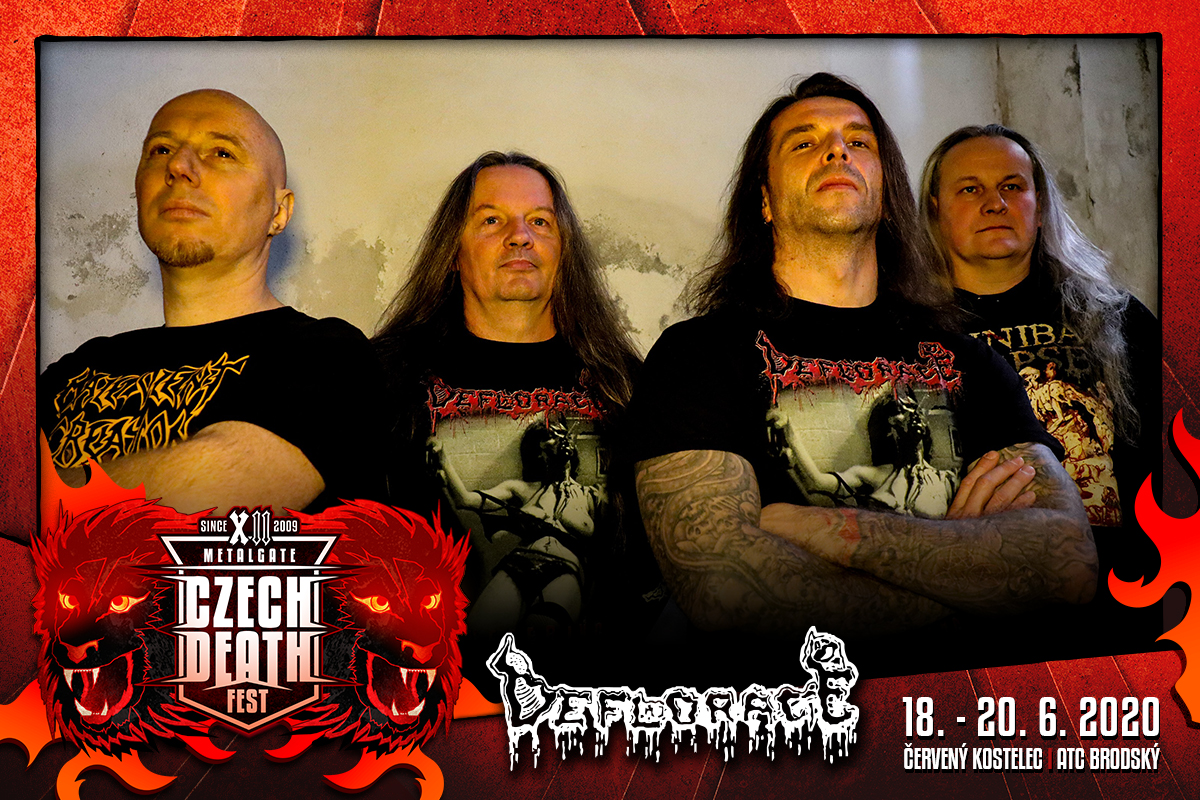 The Czech maniacs named DEFLORACE belong to the veterans of the Czech death metal/grindcore scene. These guys do not have it easy, as they are no strangers to personnel changes, two of which sent the band to a prolonged hiatus. No doubt the biggest blow came last year with the sudden death of their founder and vocalist Petr “Bubla” Vrbica. The band however ultimately decided not to quit, not only because of the honest work which they have been at since 1992, but more importantly because Petr would wish it so. DEFLORACE was thus joined by Marek “Gorgo” Frelich and began gearing up for the 2020 concert season, and if you check them out, you will see that they will appear alongside Six Feet Under or Rotting Christ. Way to go! Beside all that, we will also get to hear their poetic songs about serial killers on MGCDF 2020, so do not miss it!