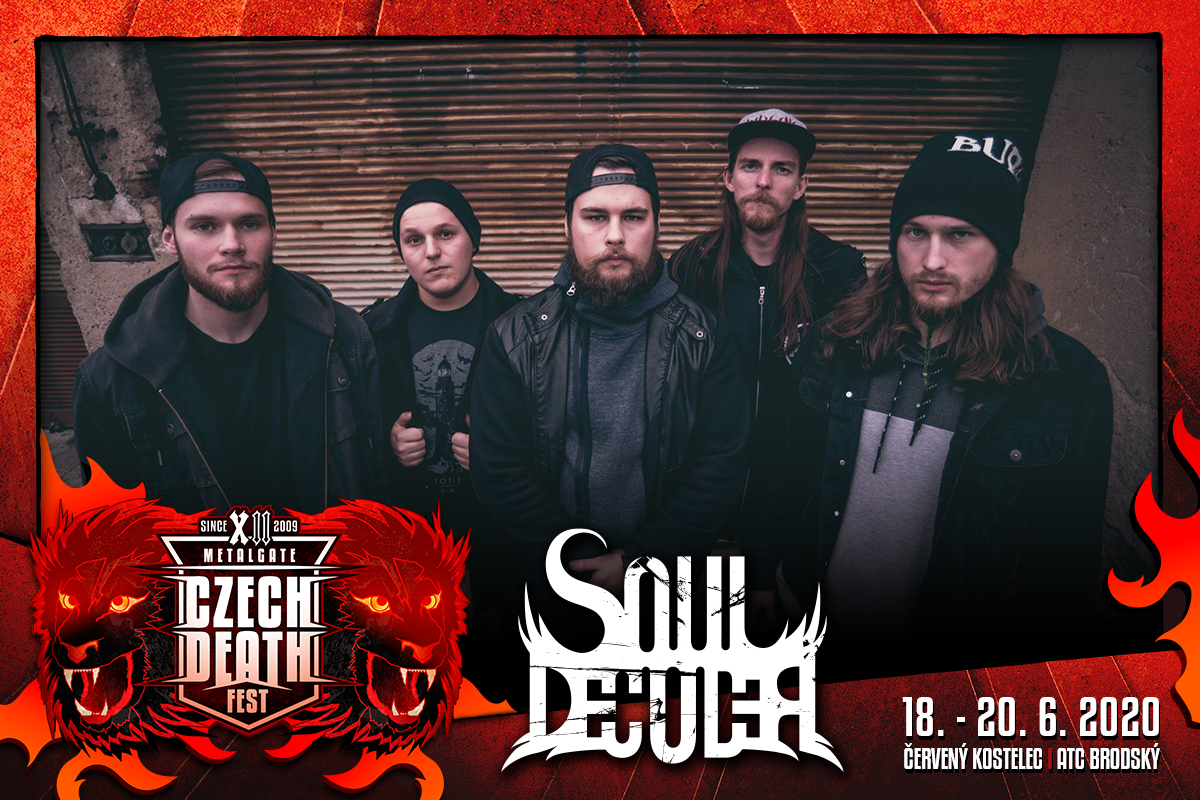 The origins of SOUL DECODER lie in 2013, when Kuba and Přéma met on a show in Prague and agreed that it would be nice to form a melodic death band. And since that point, it has been a pretty smooth ride. Songs were made, line-up consolidated, first shows played, and first album released – a six songs EP entitled “Turn Off the Sun”. After the 2016 single “Rotten Roses”, the band left its melodic death and metalcore direction behind, drawing instead on all the existing modern metal styles and beyond. Thus, when in 2018 another six songs EP entitled “Haal-Å-Khul” appeared, after a year long rehearsal in 2017, SOUL DECODER were miles away from their initial sound. So, when MGCDF 2020 is swallowed by technical, atmospheric and progressive melodic death metal / metalcore with clear influence of deathcore, prog rock and even black metal, you can be damn sure that it is SOUL DECODER playing with their unique metal fusion. And lest we forget, rumor has it that the guys are working on new material, so we are curious as to if we will here something new from their “extreme atmospheric quazi-stoner proggy semi-technical melodeath blackenedcore with Skyrim influences and Trap Aesthetics”.