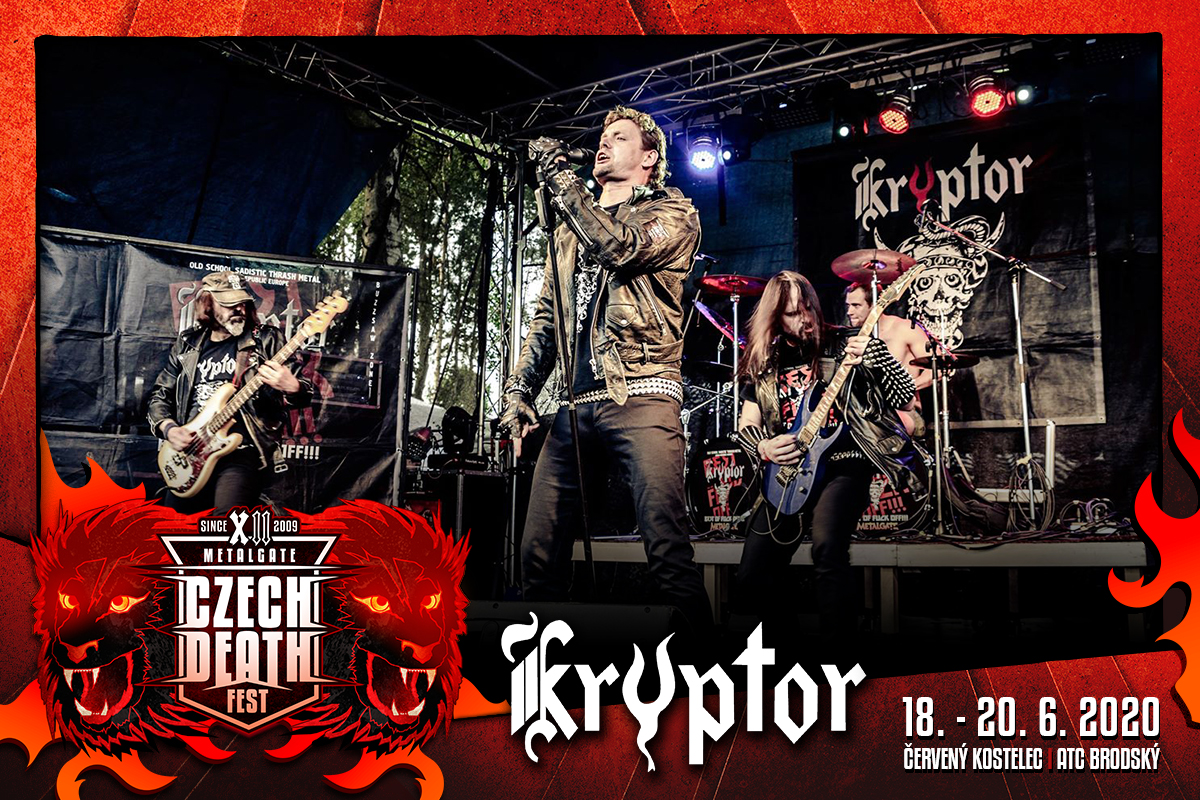 Veterans of the Czech thrash metal. KRYPTOR formed in 1987, reaching their heights in the wild 90s, when metal in Czech Republic was doing better than ever before or after. To the local fans, this band is well remembered not only for their spectacular live shows, but also for their studio recordings. Be it their first demos, the excellent debut “Septical Anaesthesia” (1991), or their first album in English “Greedpeace”, there is no denying that all these are still revered by the KRYPTOR fan army. And although since 1994, when their last full-length “United & Live” was released, followed (albums-wise) only a live piece “Na východní frontě boj” (1997) and “Best of Fuck Off!!!” compilation that was released in 2012 by MetalGate Records and is hopelessly sold out, the band is still active live, regularly welcomed with open arms by fans on both club and festival stages in Czech Republic and Slovakia, as is proper for such a reverend old school sadistic thrash metal act. And we are sure that their coming to MGCDF will be no different!