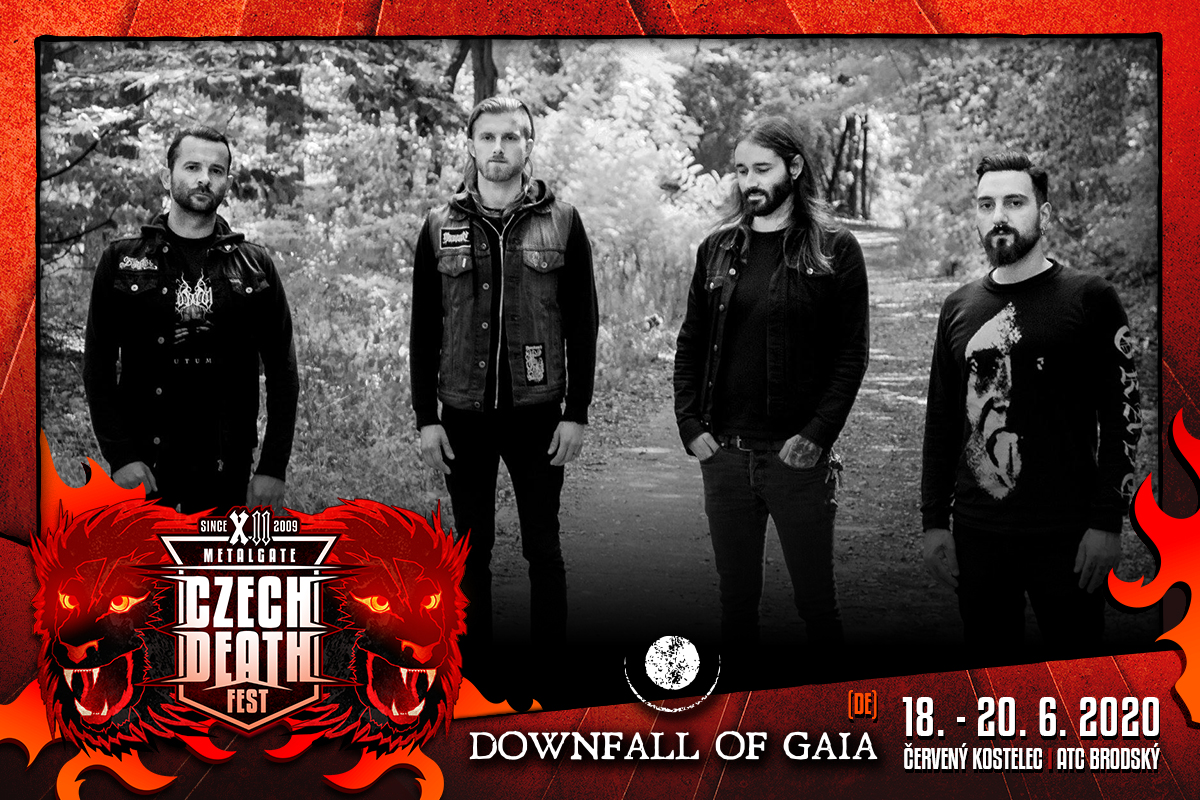 If we try to come up with some comparison for the music of the DOWNFALL OF GAIA, it could be something like this: a massive dark wall that is relentlessly pushing forward, surrounding the listener, literally absorbing him into the dense sound which combines atmospheric sludge, post-black, metal and crust. And it was from the crust and DIY scene that this act, established in 2008 with members currently residing in Berlin, Hamburg and New York, arose, as evidenced from its early recordings. The band however never intended to stay put within a particular style, whereby its sound went through significant changes. Such stylistic shift into the aforementioned framework is apparent already on the second full-length “Suffocating in the Swarm of Cranes” (2012), which was followed shortly by two other acclaimed albums “Aeons Unveils the Thrones of Decay” (2014) and “Atrophy” (2016), wherein the dense atmospheric expression of the DOWNFALL OF GAIA increases in prominence and approaches perfection. Its final iteration was then captured on the latest full-length “Ethics of Radical Finitude”, which is hailed by critics as the most melodic and best structured album of the band to date. Again, it rests on the foundation of epic and unique metal sound fusion of sludge, doom, black metal and crust. Perhaps the best description is offered by the guitarist and vocalist Dominik Goncalves dos Reis, who states that “[the album] combines elements from our earlier releases with the path we took on Atrophy. There are long atmospheric parts with enough time to breathe, enough time to unfold, and on the other side there are harsh and melodic blastbeats. Each song is some kind of journey, with emotional ups and downs.” It is further interesting to note that, unlike its predecessors, “Ethics of Radical Finitude” is not a conceptual album per se. On the other hand, that does not mean that the piece is not revolving around a thoughtful, philosophical subject of, again, the dark recesses of human being. If then such poetics are to your liking, along with the charged metal-crust concoction, then you cannot miss DOWNFALL OF GAIA on this year’s MGCDF!