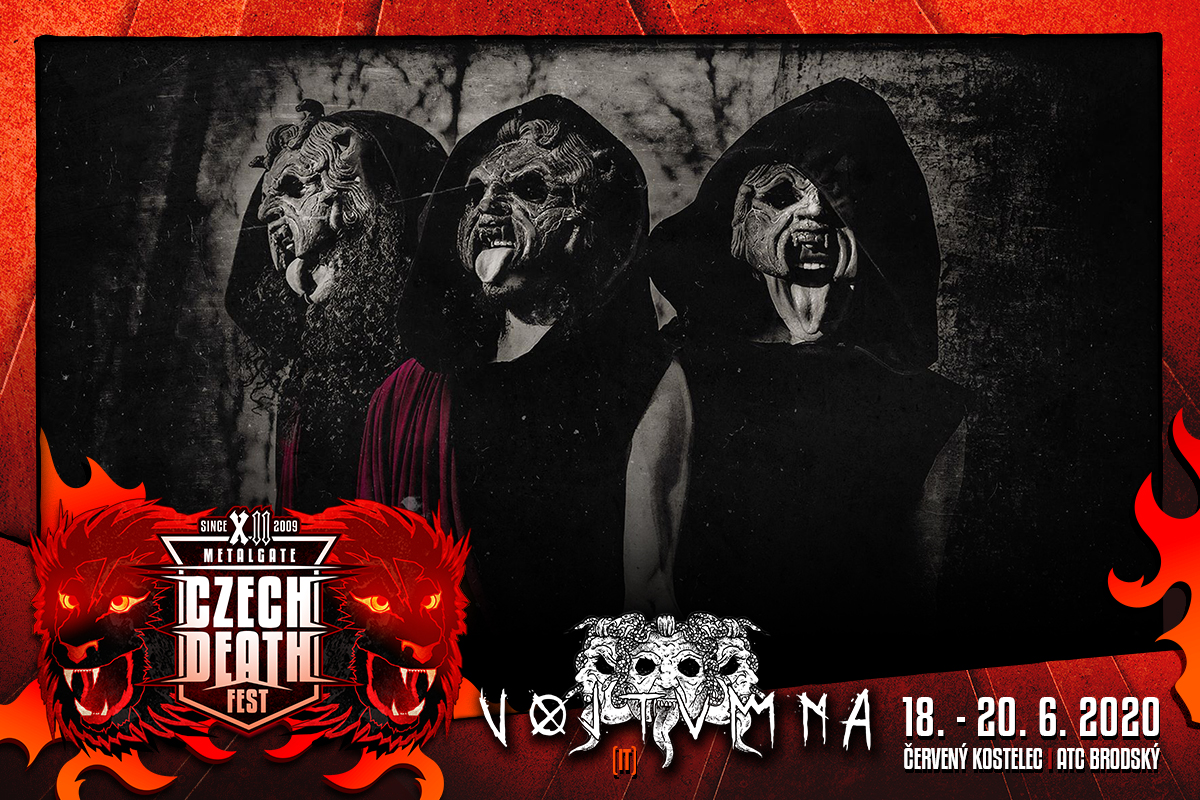 The Etruscans were an ethnic group that inhabited Italy (primarily the area of present-day Tuscany, which in fact is named after what the Romans called the Etruscans) approx. from 900 to 100 B.C. when they were gradually assimilated into the growing Roman Empire. Why such a historical lesson you ask? Because it is the Etruscans and their culture that is the primary source of inspiration of the Italian horde VOLTUMNA, which we welcomed on MGCDF already once in 2016. In the current line-up of Haruspex, Augur Veii and Phersu, the band follows a path of esoteric wisdom and traditional heritage that is a source of unending fascination and permeates the entirety of their lyrics. The musical aspect is then characterized by a furious combination of black and death metal. Such particular concoction of music and thematic concept brought VOLTUMNA to support such icons as Nile, Aborym or Hour Of Penance, as well as to perform on notable festivals worldwide. That this act is currently in a great shape is evident not only from the critically acclaimed full-length “Dodecapoli” (2017), but also from the upcoming new release “Ciclope” that is to come out on Friday 13th, and about which the critics offer nothing but praise. On the technical and melodic side, “Ciclope” represents great progress, without sacrificing the overall band concept. All fans of ancient civilizations and histories, of myths and folklore should thus be on the lookout. Same goes for those who fancy such forms of extreme metal, as VOLTUMNA is the right choice for all of you!