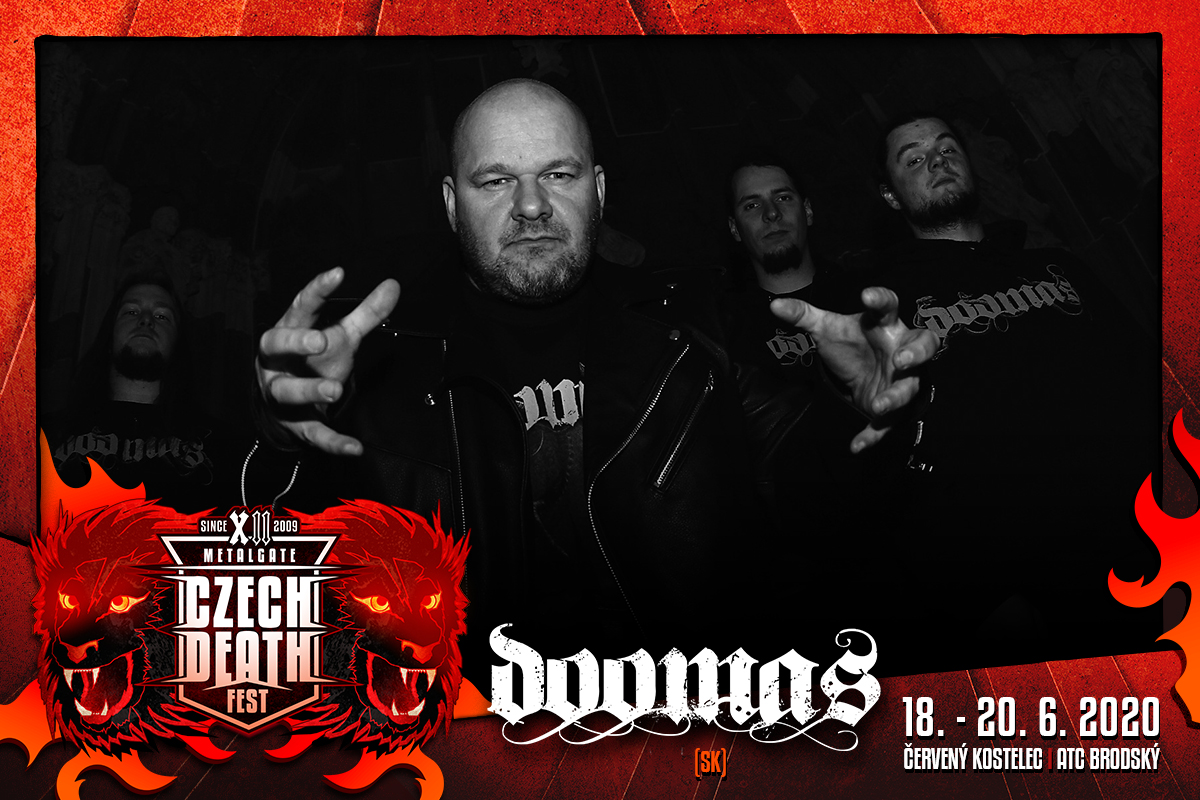 Melodic doom/death metal act from Slovakia, established in 2006 by Peter Beťko, a well-known persona of the Slovak underground. “I had some ideas, so I asked the guys from Anima and Sapiens to try those out with me, thus forming the first DOOMAS line-up,” says Peter about the founding of his band. The first demo “Lost Angels” followed soon after, and given its positive reception, it was decided that DOOMAS are not to be just a one-time studio project. Early in their career, the band had to deal with rather frequent changes in its line-up, though still successfully managing both studio recordings and live shows (such as on Brutal Assault, or supporting the Swiss folk metal bards Eluveitie, where DOOMAS played a great show only as a duo). That said, the current line-up is more stable than ever, whereby DOOMAS upped the ante by releasing a brand new EP entitled “Portal”, followed by a host of live shows all the way to October next year. In the meantime, it is our pleasure to welcome them again on MGCDF 2020.