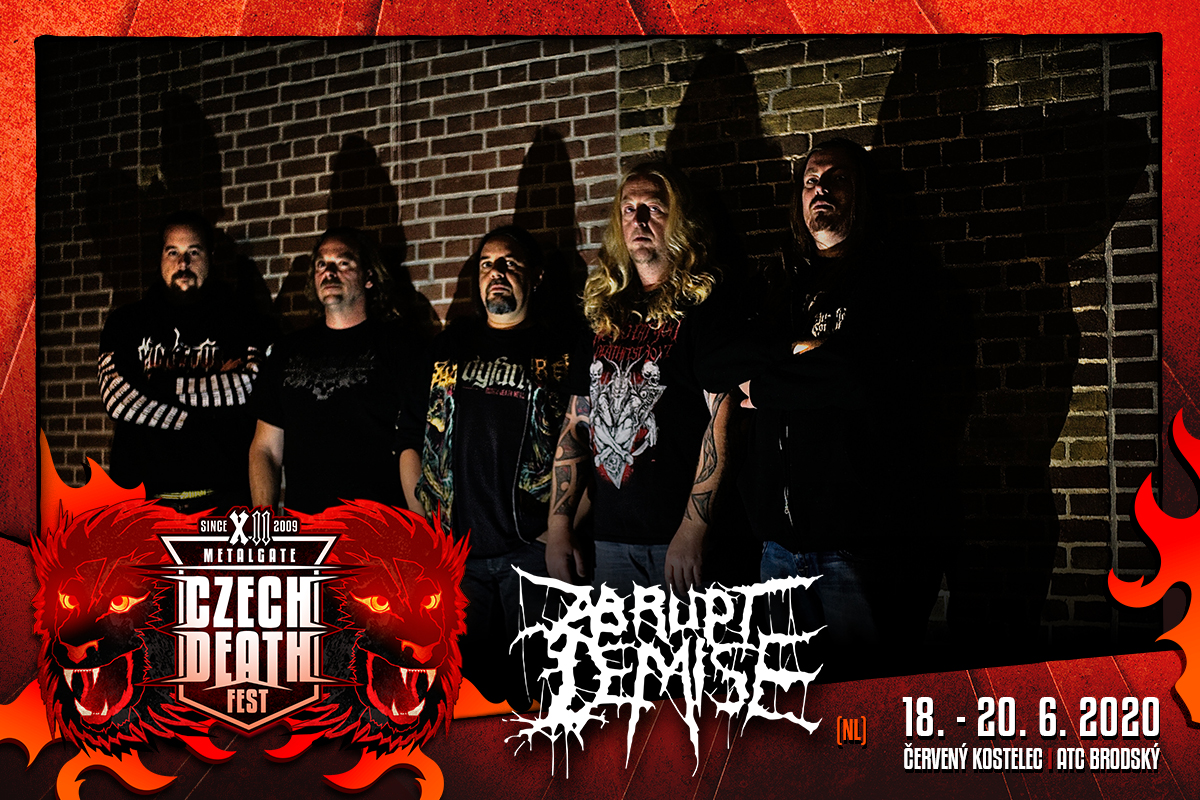 There are several countries that can be said to be death metal bastions. Within Europe, one such example is no doubt the Netherlands, and we are delighted to be able to welcome to our festival another distinguished guest from the land of windmills, tulips, cheese and other delicacies, namely the ABRUPT DEMISE. This outfit was founded in Steenwijk in 2010, going right from the start for an uncompromising death metal onslaught, captured on a mini CD “Aborted from Life” three years later. Since then, the band has opted for a somewhat different path than usual, focusing on live shows as much as possible, rather than on releasing album after album at all costs. And as apparent from their current U.S. tour, it does not really matter how big your discography is. If your music flows from the heart, it shows, and the interest follows. See for yourself the qualities of ABRUPT DEMISE on MGCDF 2020, with their brand new full-length “The Pleasure to Kill and Grind”. There is thus much to look forward to!