Dear friends, given that the presentation of the roster of the upcoming 11th installment of our / your Czech metal feast is done, we are moving our information service into another avenue of the now customary festival pastimes.

Same as last year (and the year before that), there will thus be several activities available on MGCDF 2019, with which to fill a possible idle moment. Some of those will be old time classics, yet others a novelty, and the latter we shall now consider!

Since this year as well the festival line-up ends relatively early, the question what to do next shall once be a thing. Previously there was the Gorgan Brothers Amazing Cinematograph to fill out the rest of the evening, but this time we decided to try out an afterparty instead!

And it is worth noting that a heavy calibre comes already on the first, that is Thursday, festival evening, for once the bands are done for the day, the place will taken over by the megastar of the East German dancefloors - DJ INKOGNITTO (do not mistake with other artists of the same or similar name, as there is only one original) and his legendary Rock'n'roll Disco (with which he repeatedly dominated Ein Zwei Devil-known-how-many Kessel Buntes) offering the no less iconic rock and metal hits to practise your moves! 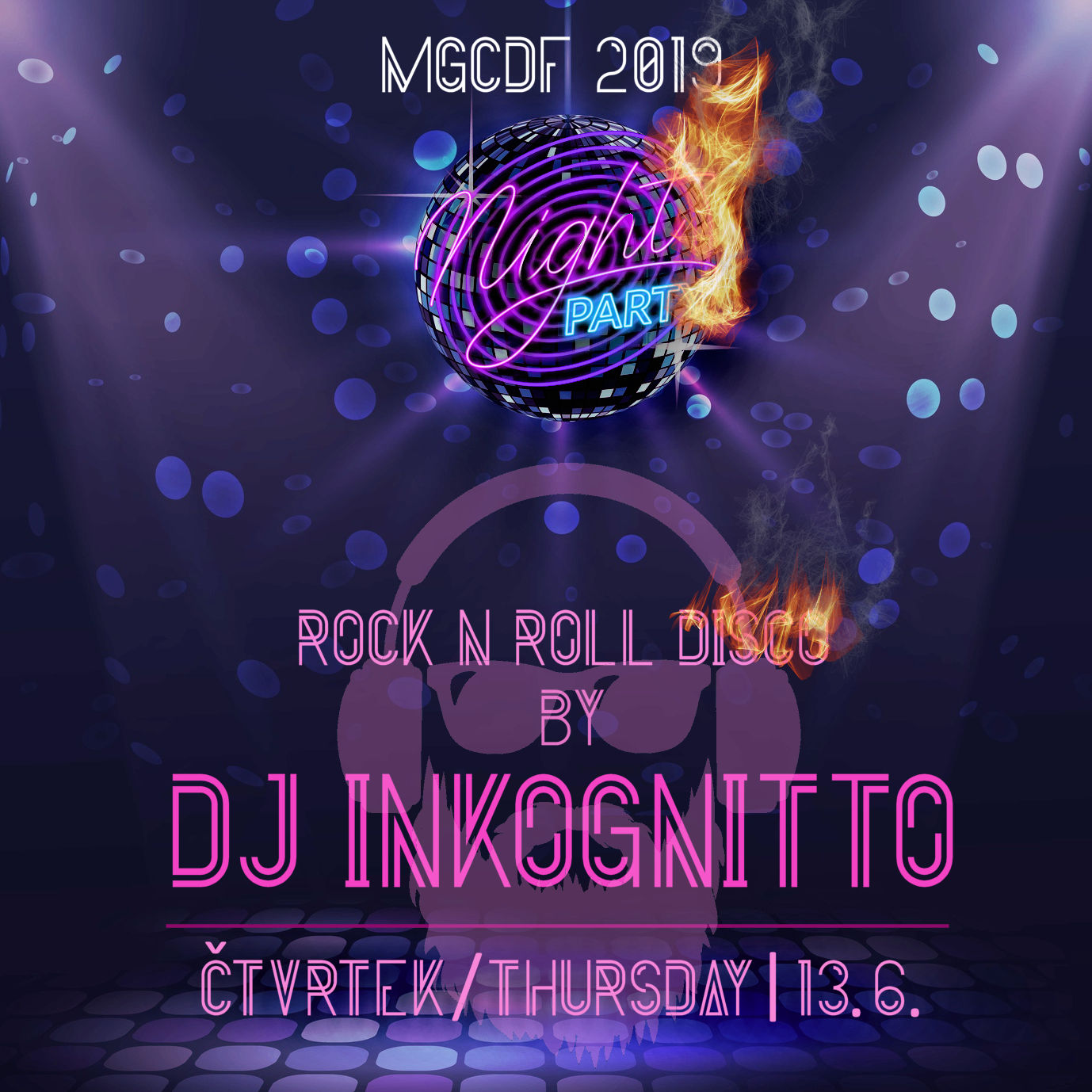 So, see you on the dancefloor!